We both got good sleep last night –  7 hours for me, 10.5 for Dan. He’s still not quite 100% but getting decent sleep helped a lot. I was up for 2.5 hours before him so did my thing with coffee, Churchill, and a stroll through the neighborhood. I took this opportunity to grab some photos before I forgot.

Dan was up after 9:30 sometime. We had breakfast in again and headed out about 10:45. Here are some random musings we’ve had since we’ve been here:

Just a couple of things we passed on the way to the metro stop.

We took the metro to Versailles, about a 20 minute ride. The line was kinda long but it moved fast. I went in and stood in it while Dan made sure there wasn’t a quicker line for our passes. There wasn’t. 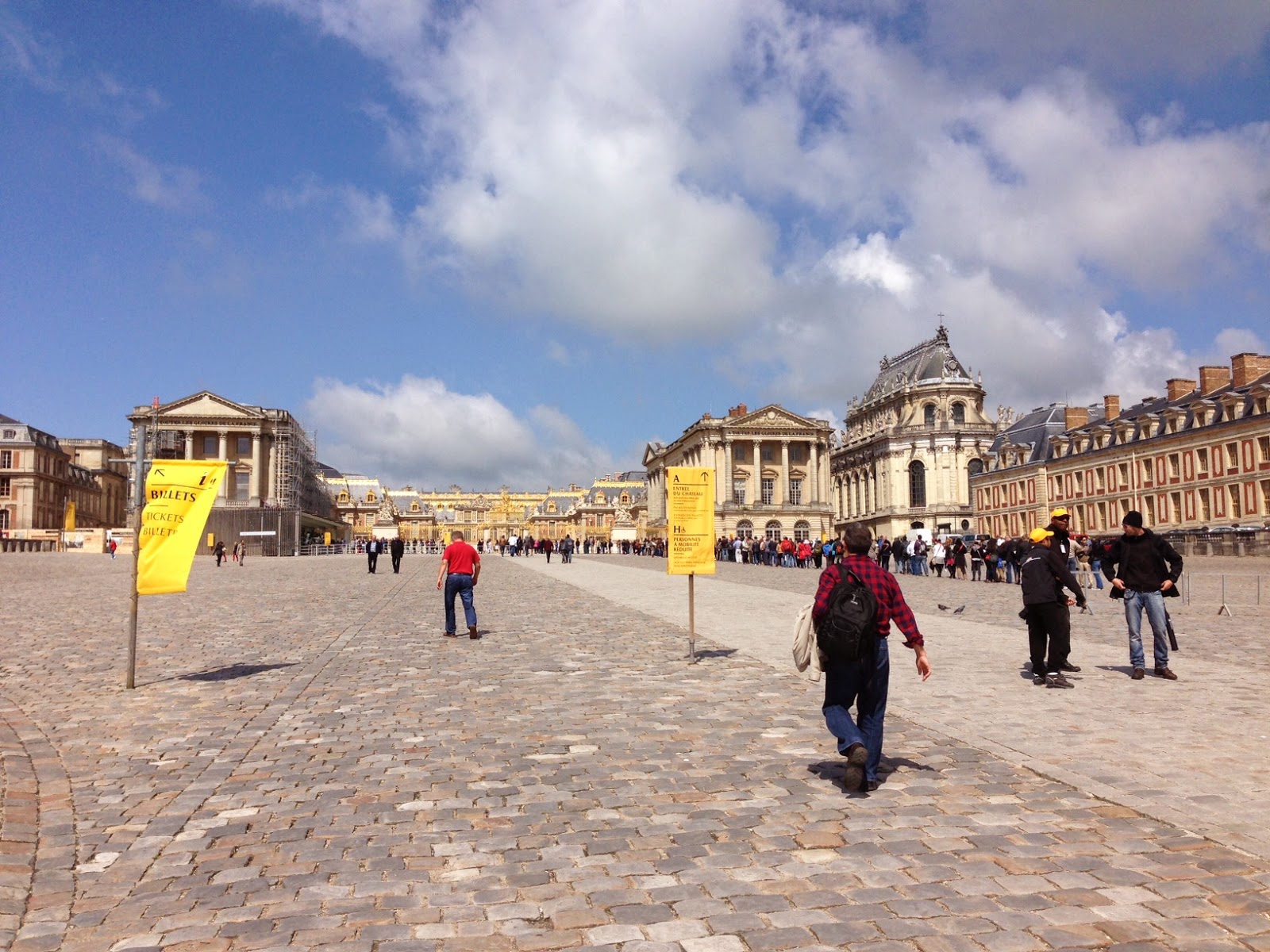 A bit of history: Louis XIII started this Chateau as his hunting lodge. It was Louis XIV who added on to it significantly, wanting it to the be most beautiful palace in Europe. He made it the royal palace in 1682, and it remained so until XVI and Marie Antoinette were executed in 1789. Napoleon used parts of the estate but it was not the official royal residence under him. In 1833, it became a historical monument and museum dedicated to “all the glories of France.”
I read a lot of biographies and history as a kid and had a big fascination with Marie Antoinette, so had read a lot about this estate, albeit not in a long time. After Normandy, this was the #2 thing on the trip I was looking forward to. Not disappointed. The palace, honestly, was almost exactly what I had imagined. The Hall of Mirrors was still pretty spectacular. The gardens, on the other hand, were way beyond what I had imagined. 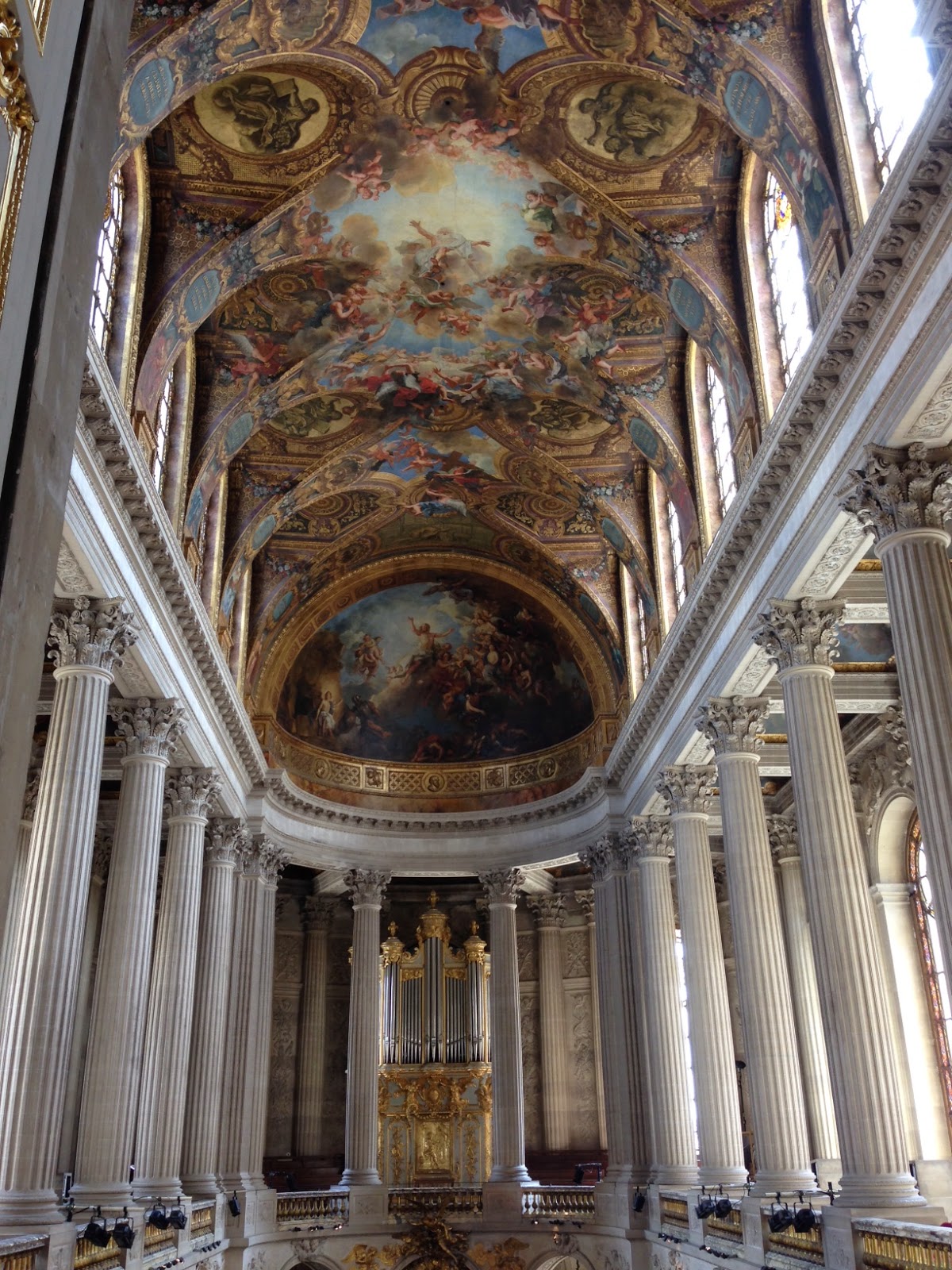 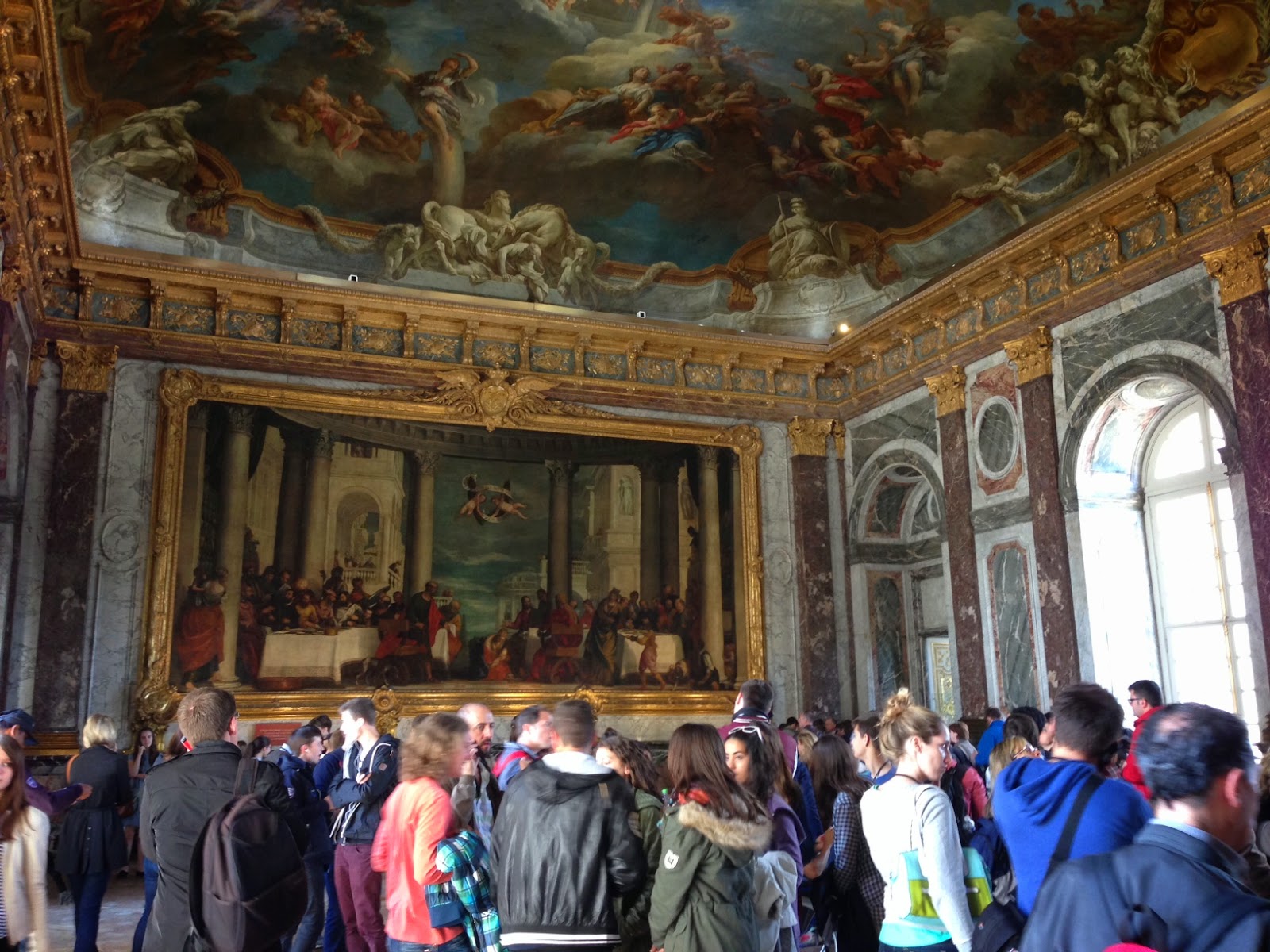 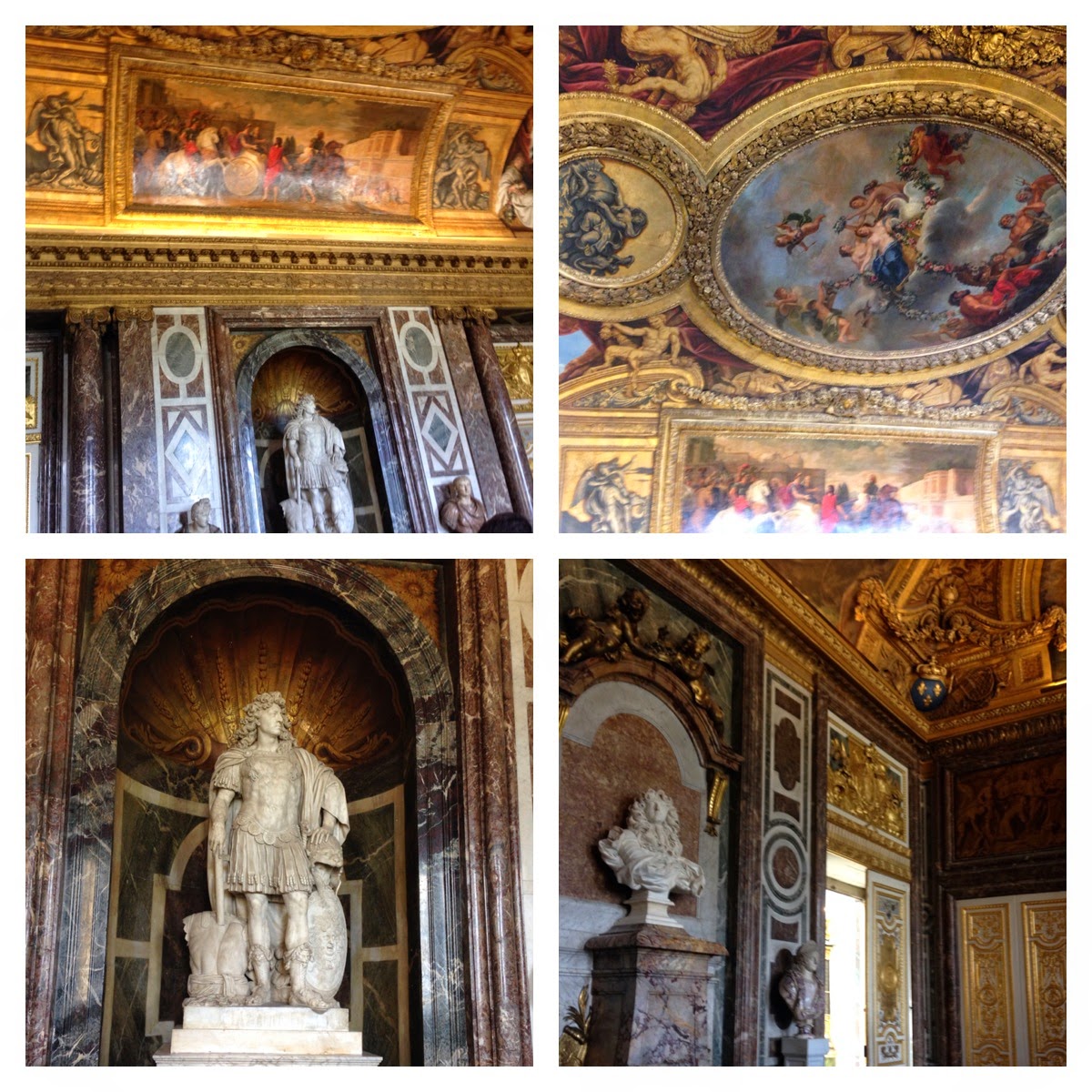 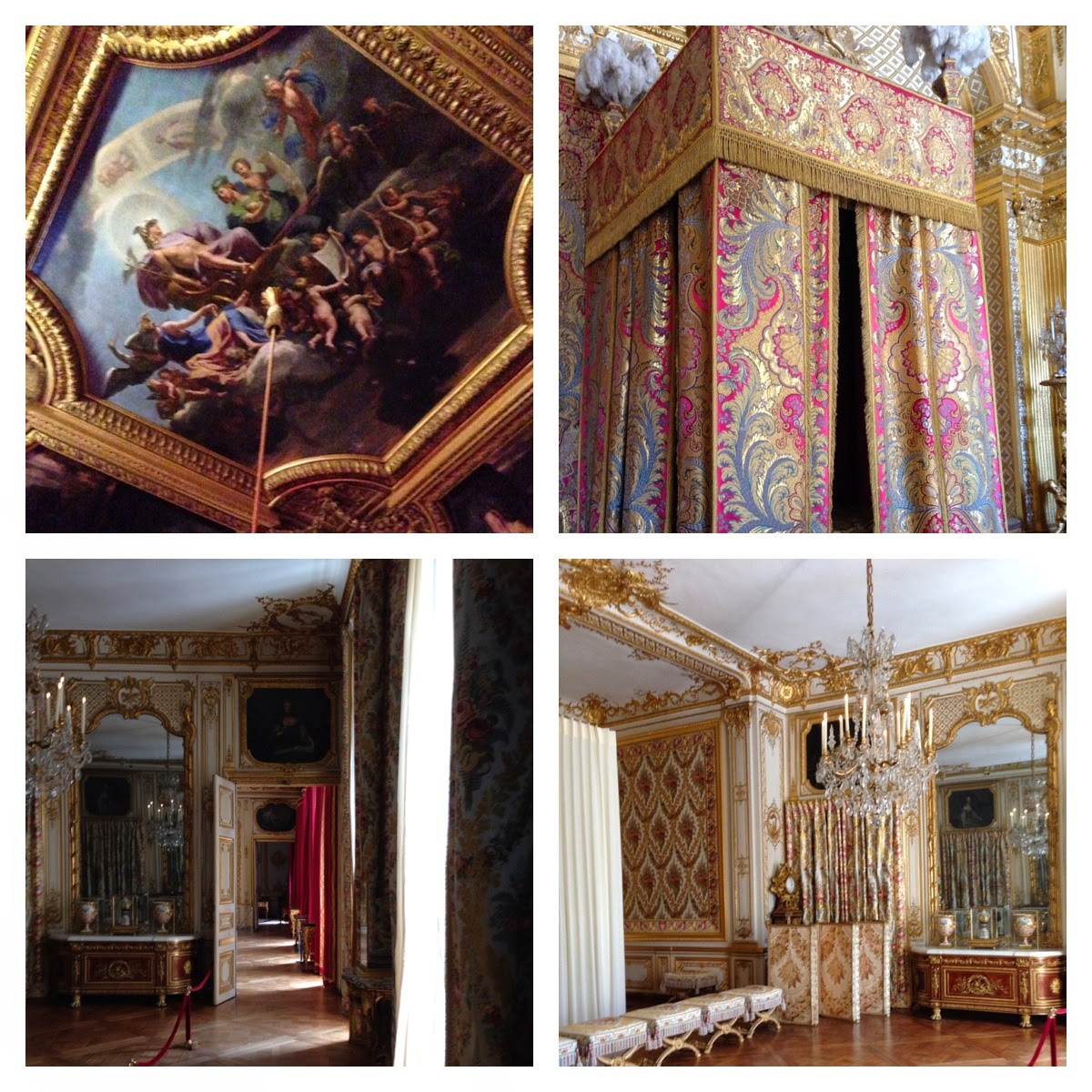 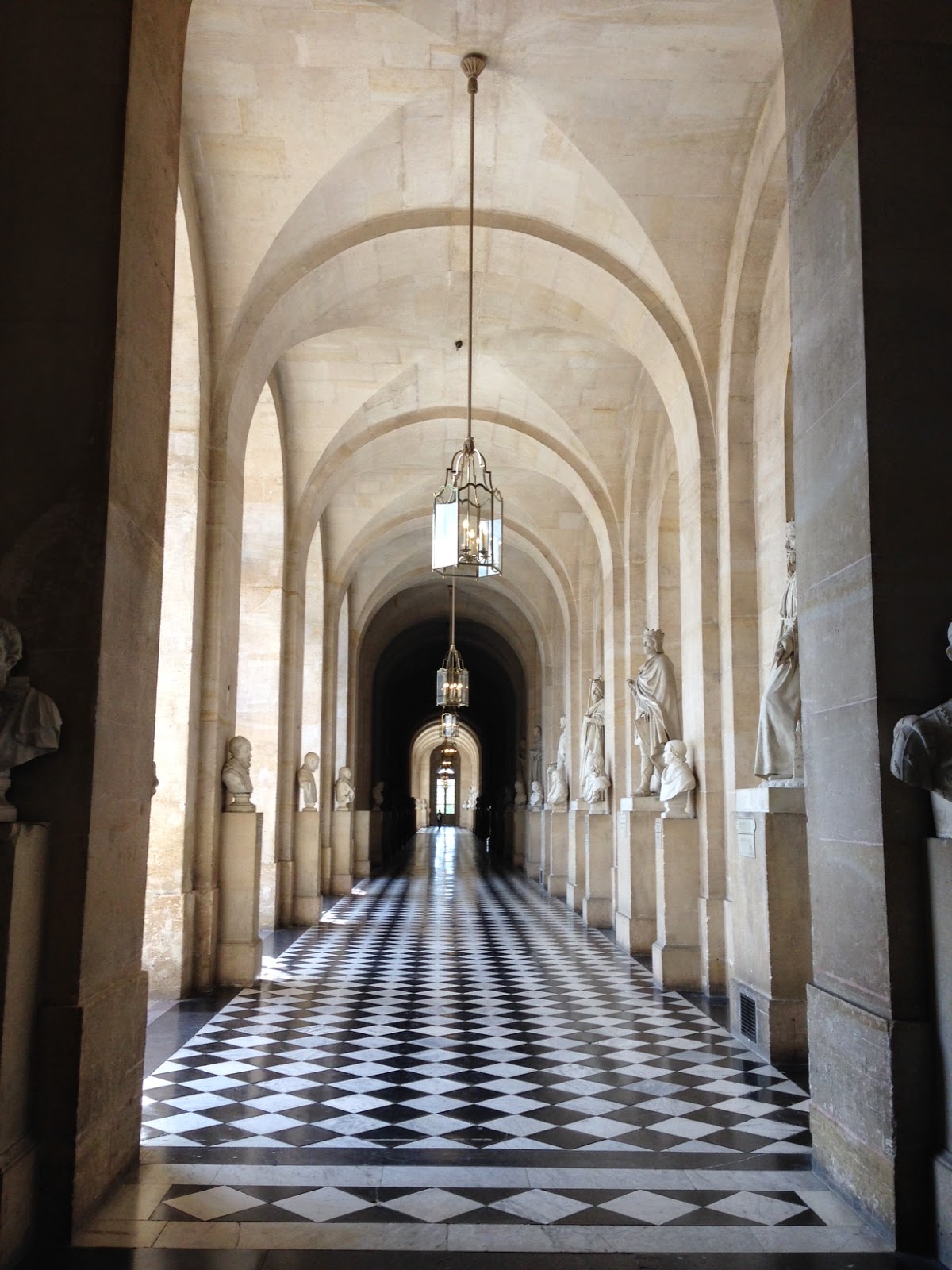 So: the gardens. You’ve probably seen pictures of them, usually aerial shots. What those angles don’t prepare you for is how tall everything is. I always thought it was well manicured shrubbery, but it’s mostly very high shrubbery and lots of trees. We were really blown away by the gardens. It’s hard to describe how big this area is, but this first picture gives it a good shot. Look how far back that goes. We walked the whole thing! Remember that pool in the background, you’re going to see it again. 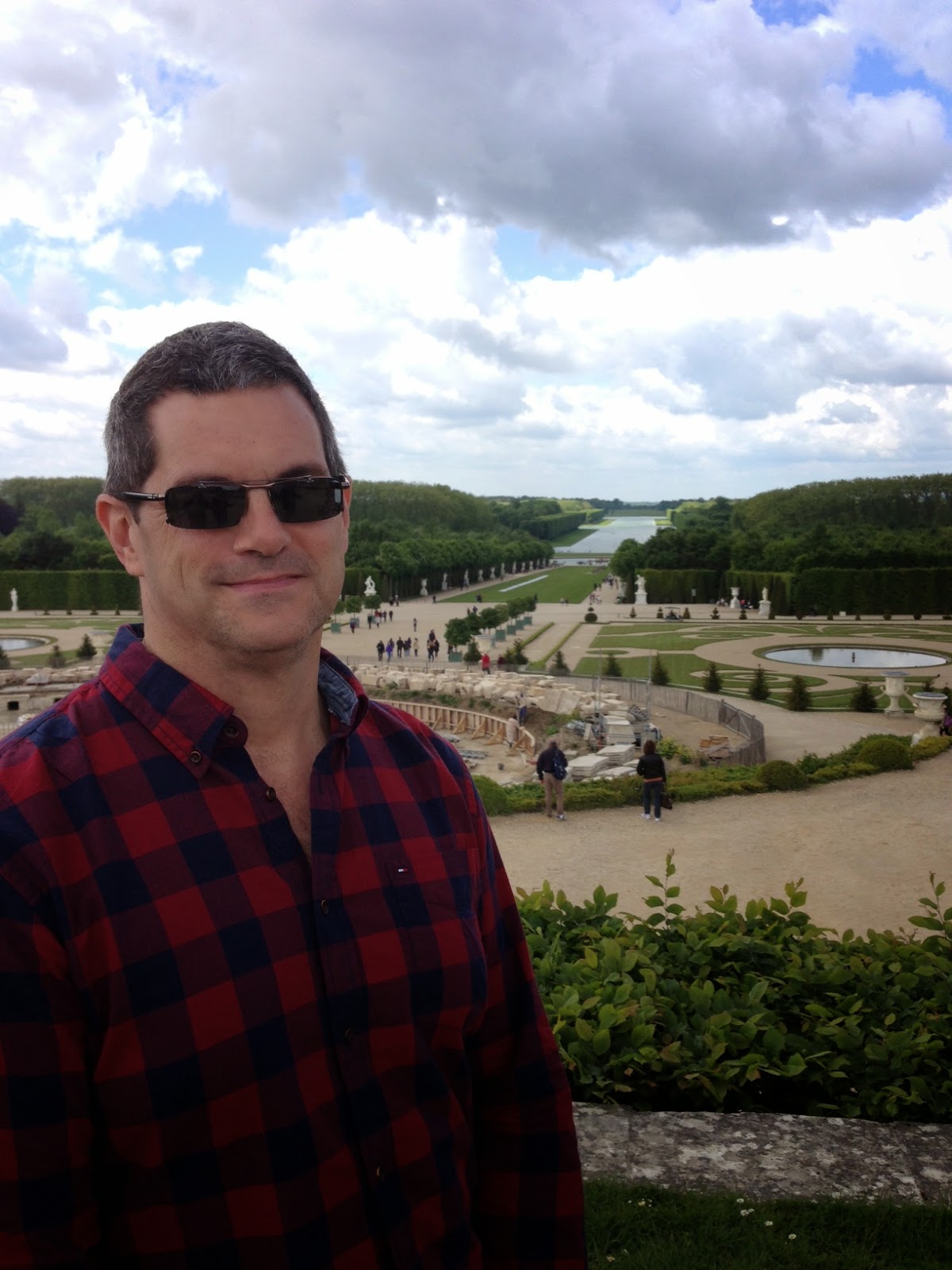 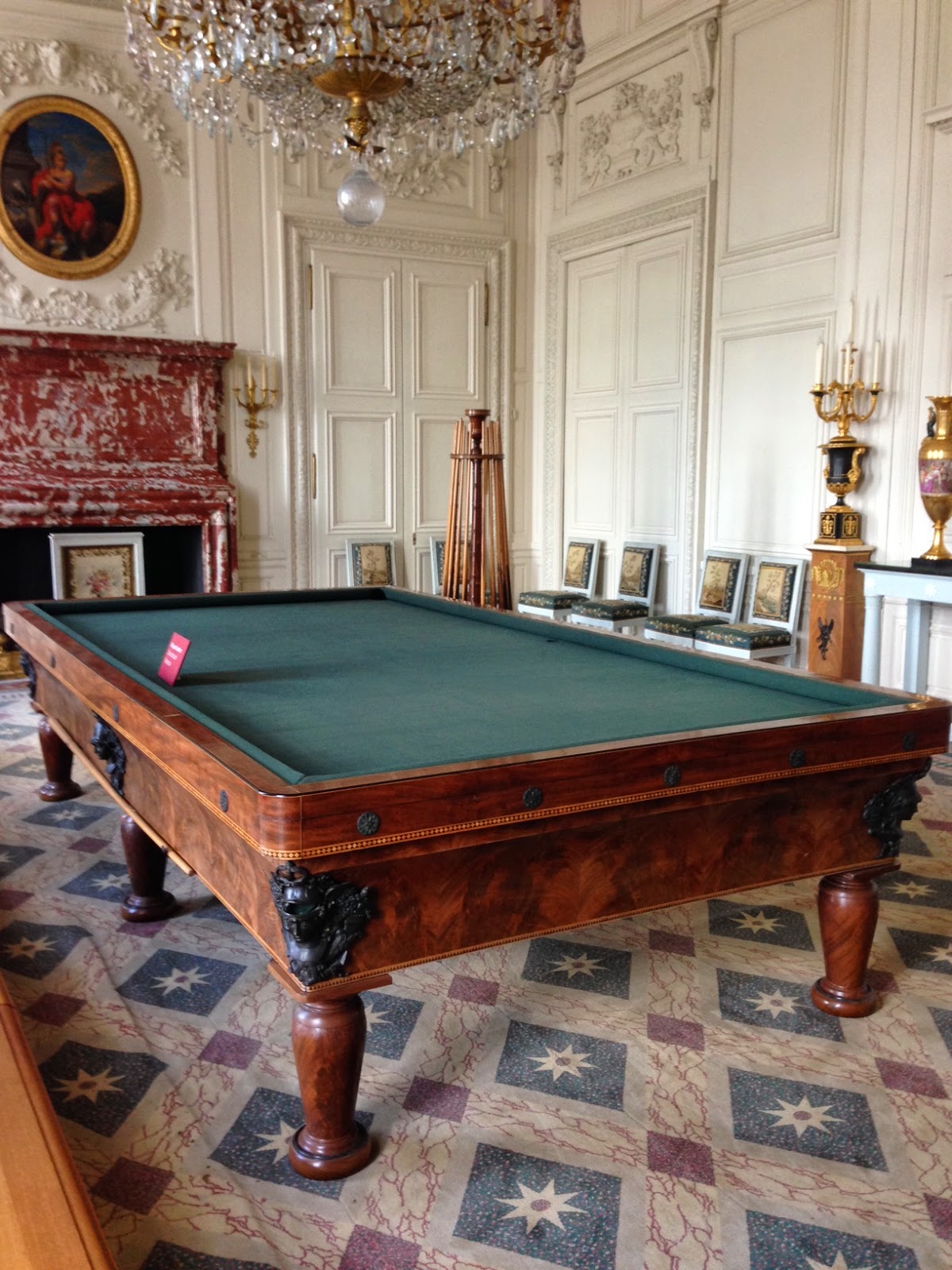 Around 5:00pm we went back to the metro station and got our tickets to head back. Because of rush hour, it look much longer to get back than it did to get here – 45 minutes instead of 20, although granted we went 2 stops past where we got on. We headed to The Louvre.

I did a little reading this morning and discovered something I didn’t know. The original building was constructed in 1190 and was the royal residence for several centuries until Louis XIV moved it to Versailles in 1682. So it was kinda cool to see them both in the same day. But it’s definitely a two-fer visit, because the palace itself is spectacular.

This is the largest museum in the world, with 35k pieces spread over 73k square meters – or roughly 220k square feet. We had originally planned to spend 6 hours here in two shifts but that just hasn’t worked out. Oh well! We moved through it pretty quickly and saw what we could in 2.5 hours. Dan really loved the design of the place.

And I was pondering this pyramid monstrosity (see yesterday’s post for a better picture) on the train this morning. Yesterday I referred to it as a juxtaposition; maybe it’s more than that: a symbol of antiquity done in a modern design set against a medieval backdrop. Three periods collide. Or something like that. It’s starting to grow on me. The photo below is taken from inside the pyramid – you go down into it as the main entrance, so that’s looking up at ground level from below.