I got up about 7am, got the 2nd load of laundry in the wash and figured out what we would do today. Dan was up by about 8:30 or 9. We had a simple breakfast of eggs, yogurt, and granola cookies from the grocery store the night before and headed out about 10am.

On the same block on our flat towards the center is the Museum of Edinburgh. It wasn’t on the official “to do” list but it was free, so we stopped in. We do like getting historical backdrops to whatever town we’re visiting and this provided it. Old Town, where we are staying, had medieval roots, most of dating back from 1100’s to 1500’s. New Town, across the bridge from this neighborhood, was built in the 1700’s to address the crowding here and at the time was considered a model of “modern” urban planning. Both areas are protected as UNESCO World Heritage Sites. Meaning their look won’t change. They are modernized today – Edinburgh, like every European town we’ve visited, can’t live without Starbucks or Subway either, apparently – but the buildings themselves look like they did then. Our flat has been completely refurbished – in fact from the inside looks brand new – but the building we’re in is definitely old. The museum had a more original look to it – with lots of creaky wooden floors.

A few pictures from this museum.

We were there about an hour and continued up the hill.

The one museum that was on our list was the National Museum of Scotland. It was also free, and huge. Five floors and a wide range of exhibits:

We only focused on the Scotland sections, from about 500 AD to 1800 AD and still spent about 2 hours there! We’re both interested in Middle Ages and Renaissance periods of any culture, and the backdrop of the Stewart dynasty here was pretty interesting. Most of those Kings – plus Mary – were children when they got the job – babies in some cases – where regents ruled for them until they were of age. Then died young either in battle or killed by some kind of court or family intrigue. As I recall, most were dead by 30! Crazy times.

Across the street from the museum was Greyfriars Kirk, or church. I hadn’t seen that reference used – kirk – for a church since we were in the Netherlands last year. But it’s definitely Scottish. In 1638, “The Covenant” was signed there, a couple of hundred Scottish folk now under English rule refusing to give up the Catholic Church. There’s also a cemetery where, among other people of course, a dog referred to as Greyfriars Bobby is buried. This town is full of lore about this little dog, who sat at his masters grave in this cemetery for 14 years after his death. There was a pub next door and the owner trained the dog to come to lunch at a 1pm bell, so that dog got to be well known in town. Apparently there was a Disney movie about it that we missed! Anyway, that pub is now called Greyfriars Bobby, and there’s a statue of the dog in front of it. We didn’t get a picture of it because there were too many people standing around it getting their pictures taken with it. 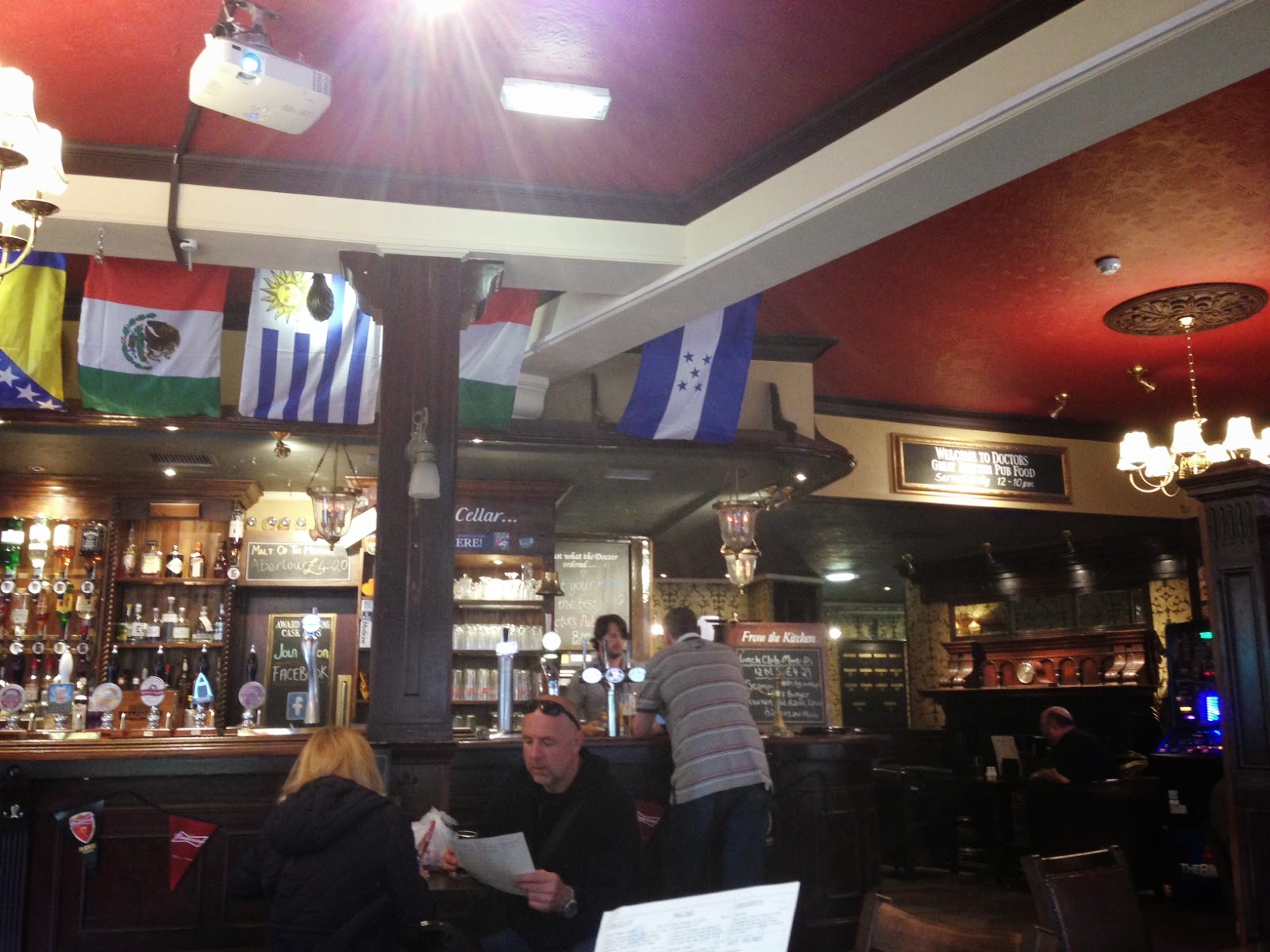 Next we went to the Camera Obscura and World of Illusions. Camera Obscura has roots dating back to Aristotle. In today’s language we’d call it a skycam. With a pinhole and arrangement of lens and mirrors, it projects what’s going on outside inside. They were big during the Renaissance, artists used them to draw from. There are only 10 left in the world. One of them is in San Francisco, by Cliff House, and I’ve been to it many times. Dan had not. The one there is simple – just the obscura and a few holograms. This one here had 5 floors of “illusion” stuff leading up to the camera. It was very hands on and lots of fun. Great for kids, or the kid in all of us. We were there for 2 hours!

Next we took the long way around to Holyrood Park, which is at the very bottom of the Royal Mile and very close to our flat. We crossed over and walked along the edge of New Town to get there to see different things. Really pretty parks and buildings, and the terrain of this town creates a lot of beauty. We really like Edinburgh! 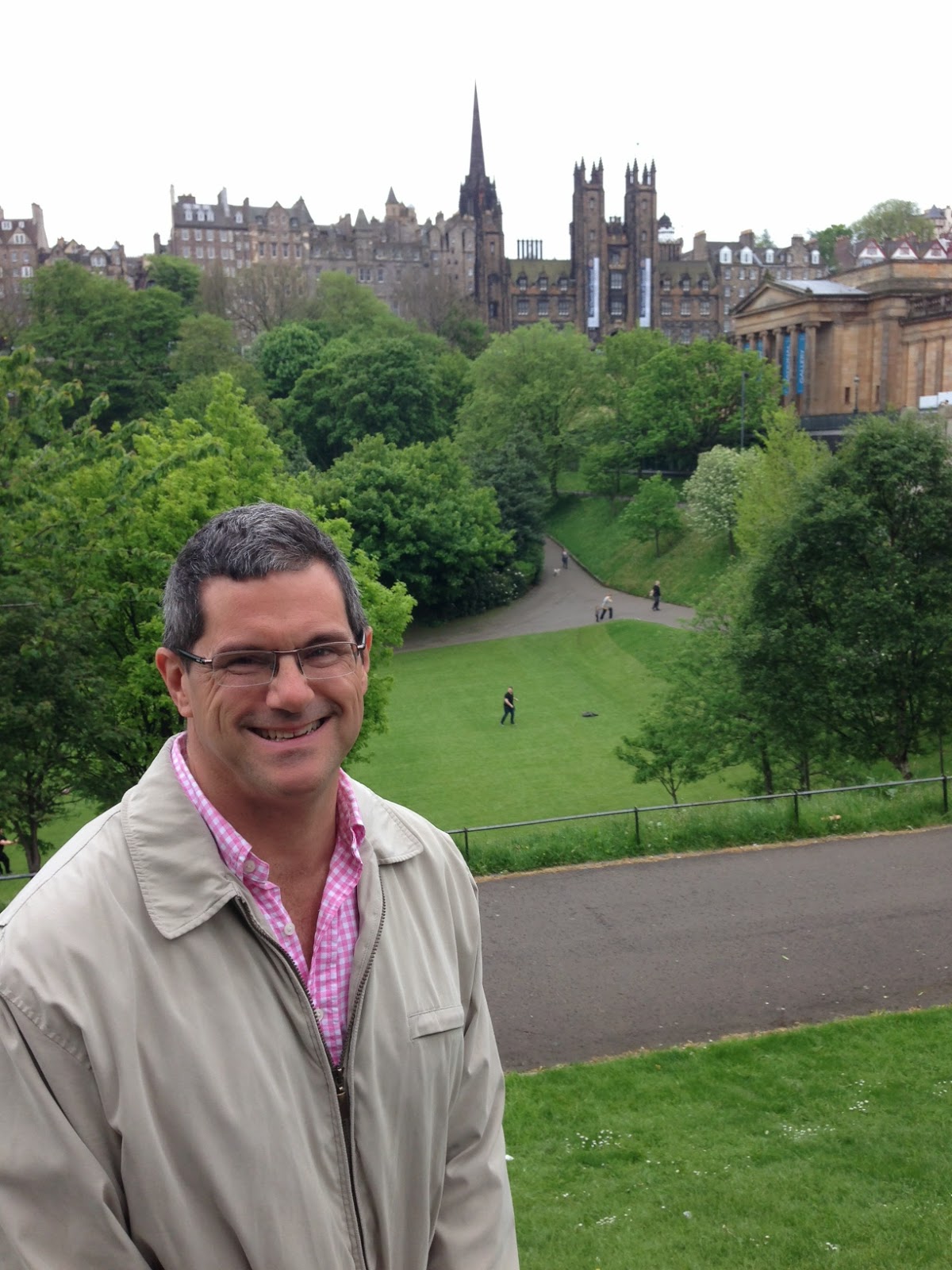 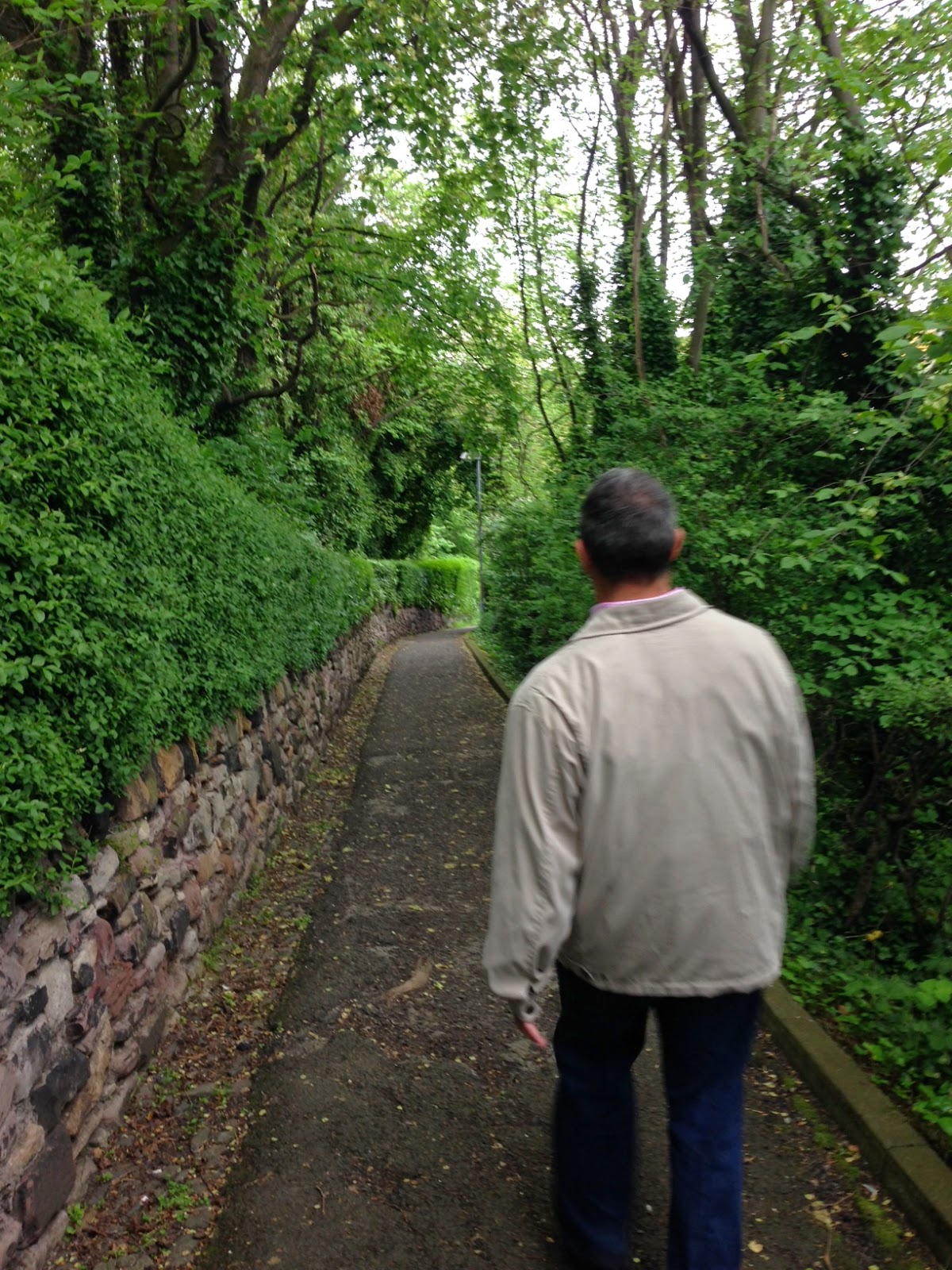 We had dinner at a place called Canon’s Gait just up the block from our flat. The specific area we’re in is called Canongate, which was its own little burgh before it was annexed. Dan had a steak and ale pie, which was good but he wasn’t very hungry for some reason so we’ll have those leftovers for breakfast this morning! (Yes, I’m writing this the next morning because I was horribly tired for some reason by the time we got in and settled. All I did was prep and upload the photos to the blog, then did all the writing over coffee this morning. Feeling much better!) I had chicken breast stuffed with haggis, so I could say I tried it but if I didn’t like it I didn’t have to deal with a whole meal of it. It was OK. I did eat all of it! The mash of turnips and potatoes was actually quite good.

We were back pretty early in comparison to some days – about 8:30 – but having started out about 10am it was definitely a full day. I was in bed by 11pm; Dan stayed up watching X-men First Class, a show called Grand Designs – British remodels! – and who knows what else. He’s still asleep. It’s about 7:30am here. Today is a day trip by bus to the countryside.

One final comment about pronunciation. “Edinburgh” is more like “bread-n-butter” without the first B or final R. Our belief is that New York’s use of “borough” is a more phonetic spelling of how it’s pronounced, but comes from the same source. Just a guess.